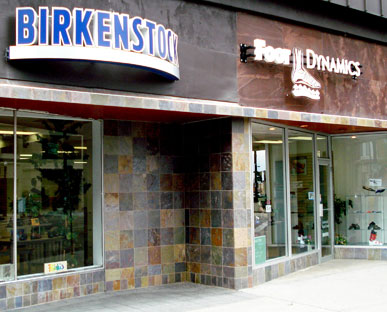 Jeff Jacobs, BOCPed, co-owner of Foot Dynamics and Advanced Casting Technology, was born into skiing. His father, Tom Jacobs, was an accomplished four event skier (slalom, downhill, jumping and cross country) who competed in the 1952 Olympics in Oslo, Norway. Tom was also an inductee into the Skiing Hall of Fame.

Jeff’s upbringing provided him with a solid background in all the skiing disciplines. Jeff was captain of his NCAA Division 1 ski team and as a USSA Master’s Alpine competitor won the Eastern Master’s Sise Cup and was a consistent medalist at the U.S. National Championships. From 1974 through 1981, Jeff was employed by Rossignol Ski Company and helped launch their entry into the Nordic skiing industry. His family owned and operated Reliable Racing Supply, an International supplier of ski racing, golf course and event supplies.

Jeff is respected as a foot care expert and one of the country’s most skilled and knowledgeable boot fitters. He has participated in many Master Fit University advanced programs (see about  Master Fit*) as well as clinical conferences in Pedorthics, Physical Therapy, Sports Medicine, Orthopedics, and Podiatry.

Jeff began his career as a Pedorthist in 1989 and became certified after attending the Pedorthics training program at the Orthotics and Prosthetics Center at Northwestern University Medical School. Jeff currently resides in Boise, Idaho, with his wife, Cyndi, and their cat, Carl.

*Master Fit University is a training program for boot fitters in the ski industry. Please note that the “America’s Best Boot Fitter’s” designation touted by Master Fit Enterprises is a program that requires companies to purchase products sold by Master Fit as well as a yearly subscription fee to be part of their listings. Foot Dynamics is not a participant.